After the rushed and busy Hanoi and the beautiful but rough tracking through the rice fields of Sa Pa, my mind and body were demanding some rest. Lying on a boat in the Sun sailing in Halong Bay was the plan. Halong Bay is one of the seven nature world wonders from UNESCO so I expected it to be beautiful. The boat, the room and the food were all pretty nice. So were the amazing views, it only got a little blurred by the amount of plastic and other litter that was drifting in the water everywhere. I expected the fisher villages that I saw on the pictures still there but they were all gone. Except for one family, which I think is still there just for the tourist and kayak rental. 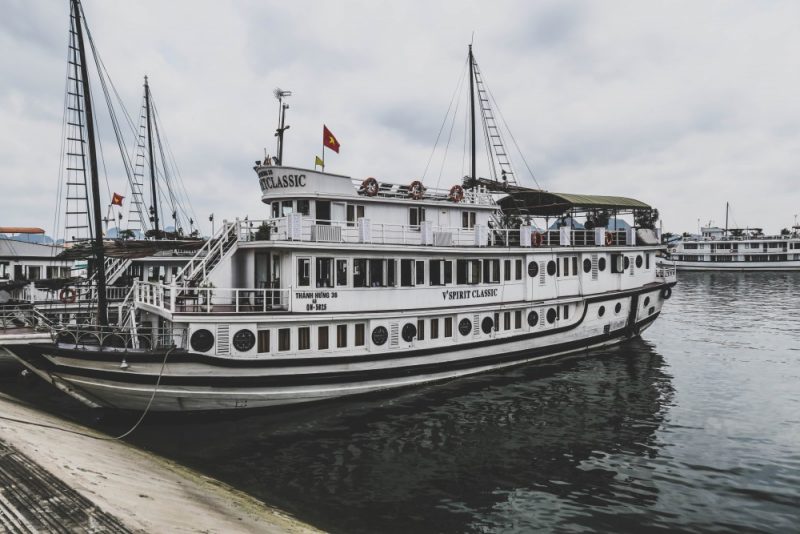 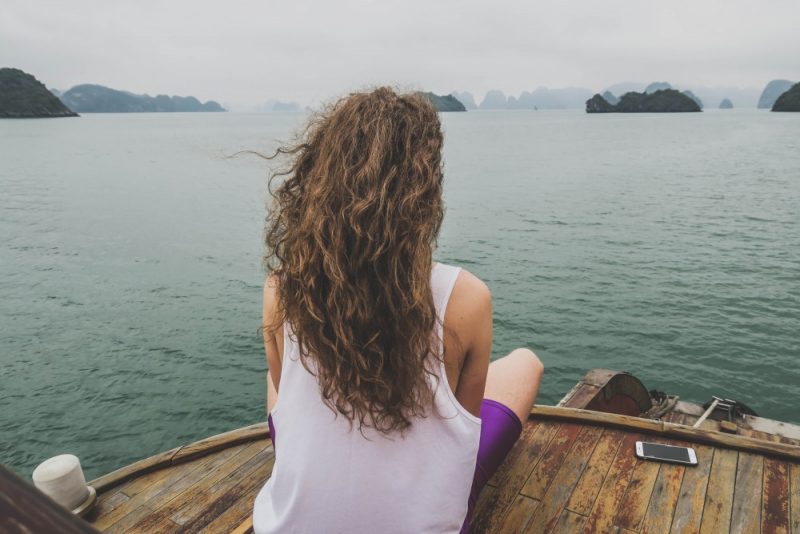 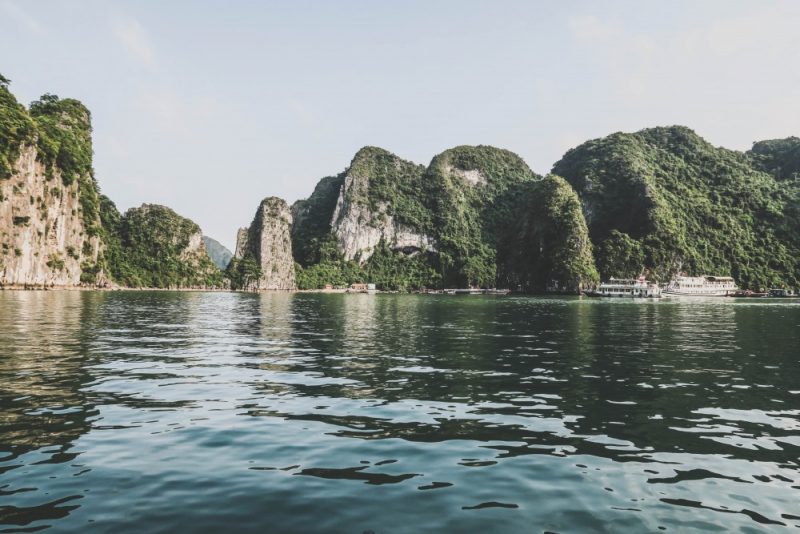 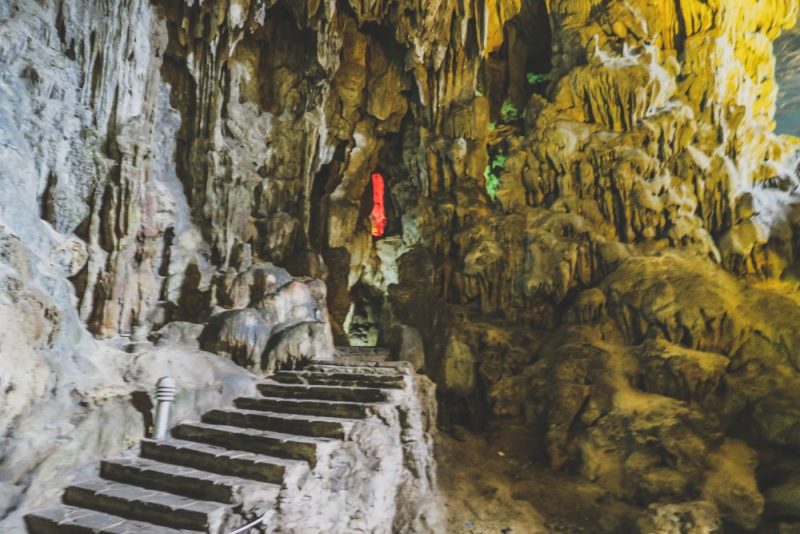 Laying in the Sun working on my tan didn’t really work out because it was cloudy most of the time and otherwise way too hot to lay in the Sun but that was fine I guess. My trip to Asia wasn’t intended to work on my tan in the first place. We went to a humongous cave the first day with 700 steps, so much for letting my body rest. I’m glad I went because it was really nice to see. We went kayaking the next day and visited an oyster pearl farm. I loved the kayaking! The pearl farm was what it was, haha. I booked the two nights with three days tour. There was also an option for one night with two days. The boat was mixed with people that booked either of those two options. So the kayaking and pearl farm the next day was with a group of eight people that booked the same tour as me. That was pretty funny. The group was from al over the world and all very friendly. The tour guide that went with us on the kayaking tour kept letting us kayak into dead ends. So I started to sing the song turn around when I was at a dead end once again and the whole group laughed about it the rest of the day. I loved the group atmosphere. 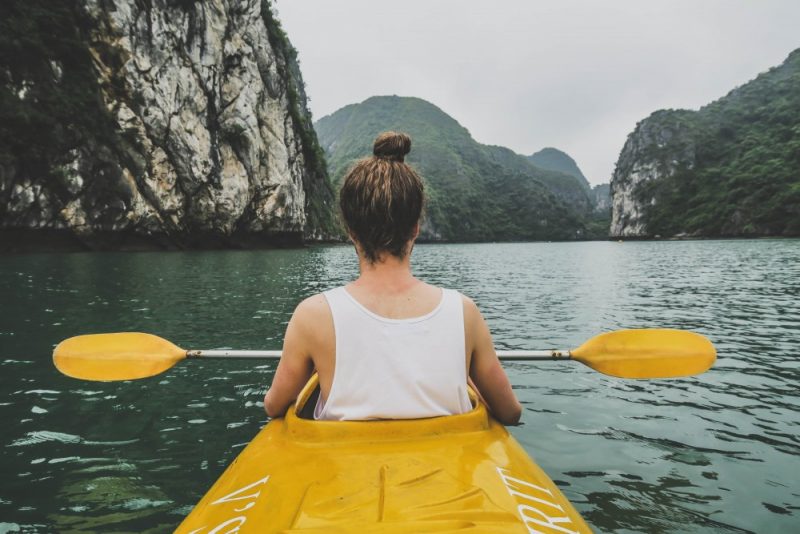 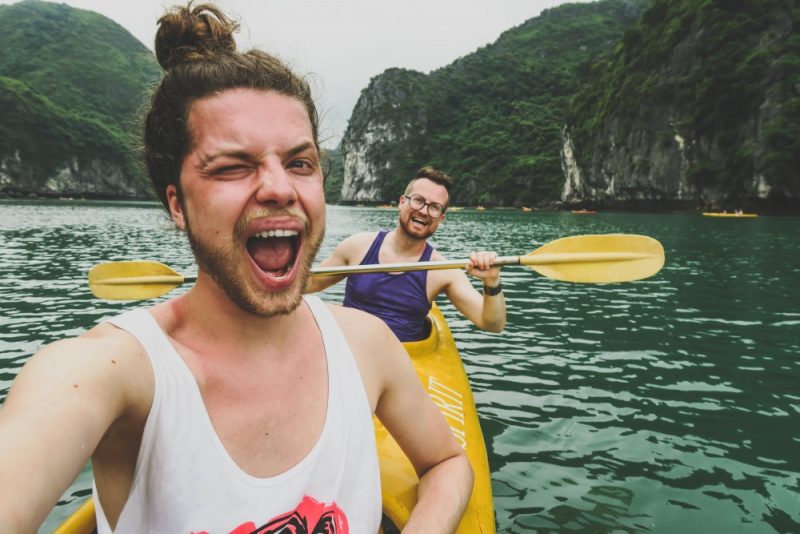 I definitely recommend traveling to Halong Bay, but advice you to lower your expectations. The litter and pollution got me a bit upset, because no one was doing something about it. I wondered how it must have been for the people from the fish villages who had been living there for ages to leave their home water (land). I searched on Google if the Vietnam Government was doing something about it but could no real environmental plan. Its expected that 9% of Halong Bay is in real danger from the pollution. 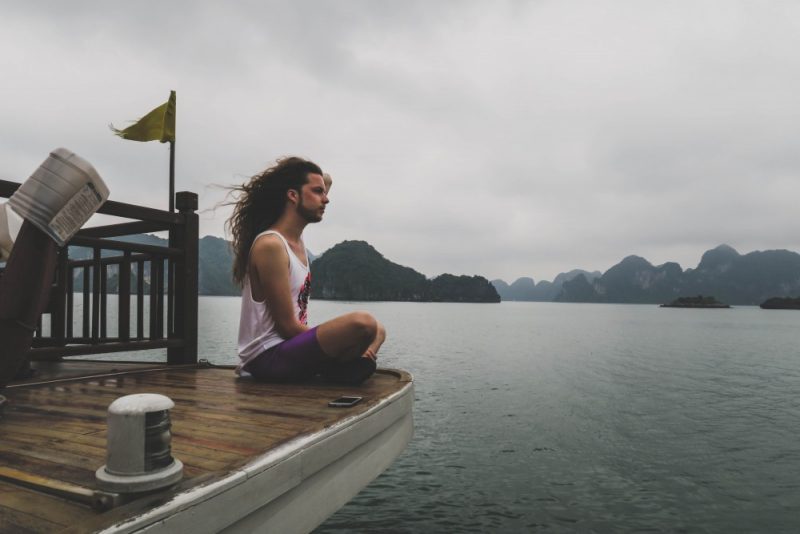 The tour was perfectly organized by Friends Travel Vietnam. The dissolution I had in Halong Bay was perfectly counter balanced in Ninh Binh which was so beautiful. It was like Halong Bay on water. I will tell you babies all about it next Wednesday. 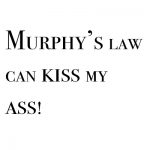 Murphy’s law can kiss my ass!Travel