Murphy’s law can kiss my ass!

So anyone who follows me on Facebook knows that yesterday was a really, really shitty day for me. First my precious iPhone 6S got stolen in Ho Chi Minh city a couple of days ago. Traveling without one is so inconvenient. Then I missed my flight from Singapore to Phuket like on the minute. I literary saw the trunk getting detached from the plane. I was paralyzed from the shock. For me it’s the first time that I’m traveling by myself. The flight from Ho chi Minh city to Singapore was actually my first flight all by myself. I was so happy that it went well without a phone. But missing the flight made me very emotional.

Off course its my own fault that I arrived too late at the gate, I feel so stupid. In my defense I was struggling to book a ferry ticket from Phuket to Koh Phi Phi. With tired mind I thought that I could board the plane until it would leave. So I was at the gate minutes before it would depart. I guess thats a lesson I will never forget. They close the gate ten minutes before departure. I can still hear the flight attended say it with her judging tone.

I stood there almost crying and asking the flight attendant what the hell I was supposed to do now. She told me to go to transfer to get a new ticket. Luckily I could get a new ticket the same day. Although it was too late to make it to the ferry to Koh Phi Phi island on time. So ok, one night in Phuket is not that bad. I’ll just take the ferry early the next morning. So when I was on board the next plane seven hours later I was already feeling better. Until I arrived at the airport. I was standing there at the baggage pickup thinking that probably my backpack wouldn’t be there. I was right, it’s still in Singapore. I could not even get emotional anymore. It felt like a Murphy’s law day already so this was supposed to happen. It’s still a little shitty though because I’m taking the ferry to Koh Phi Phi early the next morning.

So I posted an other post about it on Facebook. I took an expensive taxi to Phuket, checked into  my hostel and went to the local market. I found this really cute coffer with a sweet barista and ordered a delicious Mocha Latte. When I opened my Facebook I saw all the heartwarming supportive comments while sipping my Latte. Then it hit me, Murphy can kiss my ass! I’m not going to let my my mood get ruined by Murphy. I refuse to bow down to his law. The following phrase popped up in my thoughts:

The harder you fall the higher you can rise..

And that is that. I had an amazing diner with the nicest Lychee Soda.So I just will focus on the little joy’s the coming days. To Murphy I would like to say, Bye Felicia!

Update Wednesday 18:00 Thailand time: My bag finally arrived after wearing the same clothes for almost three days. It stormed this afternoon. I slept when it was storming and just had some delicious cashew chicken. My three hut is amazing and right on the beach, actually hanging over the beach. The weather is better and the little devil Murphy is finally gone! 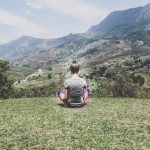 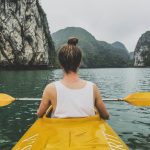