I was asked to give a speech about self-expression at the company party of 72andSunny, which is an amazing advertisement company. They made, among other things, this commercial for AXE. They want to enlighten their company spirit and staff with some deeper understanding of others and other views on life. Such a sincere company. How amazing that I was asked to speak for them. I was very nervous before I had to give the speech. But when the moment arrived and I saw people crying in the audience I just felt so warm and emotional. My voice even shivered when I got to the part where I spoke about the amazing people in my life now. You can read the speech I gave below. What are your thoughts about it? 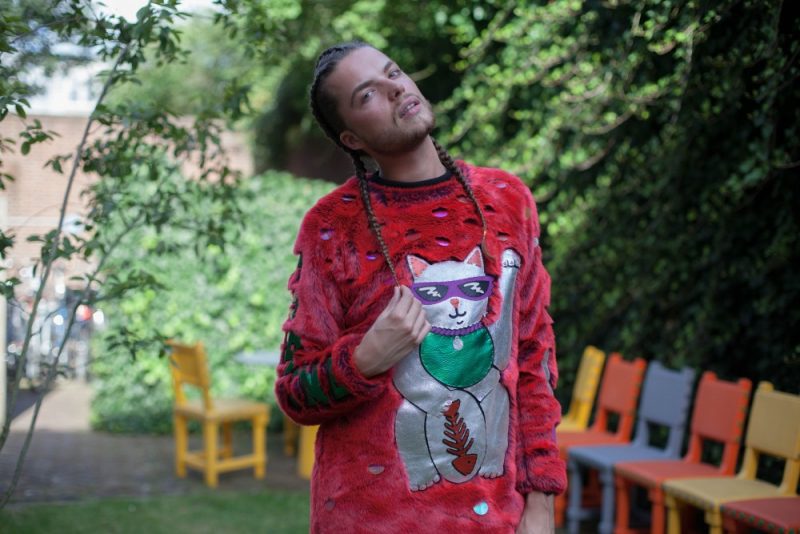 What does self-expression mean to me?

Have you ever thought about what self-expression really means? What pops up in your head? Do you think true self-expression it’s only for artist, musicians and rebels of society?

According to the dictionary self-expression is the expression of one’s own personality, as in conversation, behaviour, poetry, or painting. I personally think it’s a lot deeper than that. A little more research let me to the following description: Self-expression is a display of individuality whether it’s through words, clothing, hairstyle, or art forms such as writing and drawing. Being self-expressed means that people will see your spirit and true character; they will see the totality of who you are.  And sharing of one’s “self” fully is the ultimate in generosity and is vital for peace, happiness and fulfilment.

Sounds amazing right? Wouldn’t you want to show others your true character? Certainly when it’s vital for peace, happiness and fulfilment. I can also imagine that it can sound a bit frightening to show others who you truly are. On the other hand I believe that via self-expression you also get rid of a lot of negativity.

Of course I do not escape some negativity once in while. That’s okay, not everybody has to like my true character. I also believe by showing others who you truly are, that can work like a shield against a lot of negativity. That might sound a bit contradictive so let me explain. From my experience being fully self-expressed scares of close-minded people. They simply can’t handle it. Yes they might shout something negative, but they won’t get to me. The reason why is that the people close to me are the only ones who can get to me. I think my fashion style works like a shield in that way as well. People who don’t understand it or can’t handle it will reject me. But the people who think it’s amazing are straight away people who will match my character. I think that is an important thing to share. Ultimately we all like to have people around us who love us for us. How great that by dressing yourself according to your own thoughts and feelings, that can work as a shield to keep the close-minded people away. People who are open-minded enough to look further than the outfit will straight away be people who match my personality better. Isn’t that what we all want, being loved for whom we really are?

Keep the following quote in mind when you go shopping the next time. The quote goes by:

Fashion is the ultimate form of self-expression and therefore it really depends on your thought and feelings. Do not be afraid to show it.

When did I start to self-express myself:

So have I always been so self-expressed? Most certainly not! Being fully self-expressed is not something that comes over night. I think I started fully self-expressing myself somewhere in the summer of 2012. Growing up as one of Jehovah’s Witness in a very religious household and environment self-expression was not something to think about let alone speak or act upon. It was fully focused on conformity. Although I left my family when I was sixteen, it took me a lot more years to truly find myself and be brave enough to show the world who I really am.

So how did I do that? I wrote my parents a letter in 2012 where I finally stood up for myself and explained to them how I see the world. A world where parents love their children unconditionally. I think standing up for myself and facing my parents was the hardest challenge to become self-expressed. After that everything seemed a lot lighter and easier. It’s like my inner confetti box exploded! I began with performing in the nightlife and at festivals. I started my own blog about fashion and nightlife in an extravagant and androgynous way. I try to get this world a little more open-minded and more self-expressed with my personal stories and struggles, which I share on my blog. Also my bachelor in Educational Child Science really taught me to look critical at things in life and not to blindly accepted things as they are. And constantly try to have an open-mind.

All those things together helped me to begin dressing myself according to what I think is pretty and will fit my body instead of thinking about what others might think. The most important thing is that you like what you wear.

It’s sad that I lost my family along the way. But it’s also somewhat easier in a way. Because now I don’t back down for anyone anymore! I paid the highest prise to become this self-expressed and nobody can stop me now. Like I said before, by truly showing who you are you will find people who match that and will love you for who you are.

Luckily that happened to me. Soon after I wrote my parents that letter, I stumbled upon some relatives I did not know about. They welcomed me with open arms and really love me for who I truly am. I’m also blessed with amazing friends, I am glad that there here with me tonight. Last but not least I also have an amazing boyfriend who has been with me for six years now. It wasn’t easy to get where I am at this moment.  I can speak from experience when I say:

Growth is painful. Change is painful. But nothing is as painful as being stuck somewhere you don’t belong.

Amsterdam as a great platform for self-expression:

Somewhere I do belong is Amsterdam. I moved here when I was 18 years old and it felt like coming home. I always feel so grateful, when I ride my bike on the canals, to be living here in this beautiful city. A city known for it’s rich liberal history and which holds the most nationalities in the world, a stunning 180. Something you guys here at 72andSunny certainly can appreciate with your own diverse multiple nationalities in the staff.

I immediately feel the difference in how people look at me when I’m outside of Amsterdam. I guess people in Amsterdam are more used to diversity in nationalities. Which in turn can be used as a platform for people to become self-expressed. People here are less concerned with conformity. Probably because there is so much diversity in nationalities. But also because there is such a big creative industry, which is growing rapidly by 17% each year which is more than double than in the rest on the Netherlands.

I’m a big fighter against conformity because I think it stands in the way of self-expression. If everyone is trying to conform themselves to something they think society has set out for them all the creativity and happiness get’s lost. It’s like Rita Mea Brown once said:

The reward for conformity is that everybody likes you except yourself…

Gay pride as a platform for self-expression:

Amsterdam is also well known for it’s festive and liberal celebration parties like gay pride. Amsterdam was even the first city in the world where same-sex couples could marry. Isn’t that something to celebrate forever? I know that there are strong opinions about whether gay pride is still necessary. I think it is! Especially for the younger kids outside Amsterdam who are not used to such a diversity in people. For those kids its good to see that there are people somewhere who fully express themselves and celebrate that. Gay pride is also a good way to show those kids that being gay is okay. And that they are welcomed somewhere.

But besides that, I think gay pride is much bigger than ‘just’ the gays. It’s a celebration of everyone who dares to stands out, an encouragement even.

How can others be more self-expressed?

My utopia would be a world where people look at each other just as they are not where they fit best. A world where not everything has to conform to a few pigeonholes. I see a few lovely children here with us this afternoon. We should all take an example from them. Children are much better in self-expressing themselves than adults. Children keep themselves less busy about what others would think of them and act much more upon their own feelings. I think we all recognize the feeling sometimes that we would love to be a carefree child again. Start by achieving that by not caring so much about what others or society thinks of you, but caring more about what makes you happy.

I’ve talked a lot about being fully self-expressed tonight. One last thing I would like to add which can guide you towards self-expression is to always ask yourself:

If you’re not yourself, than who are you? 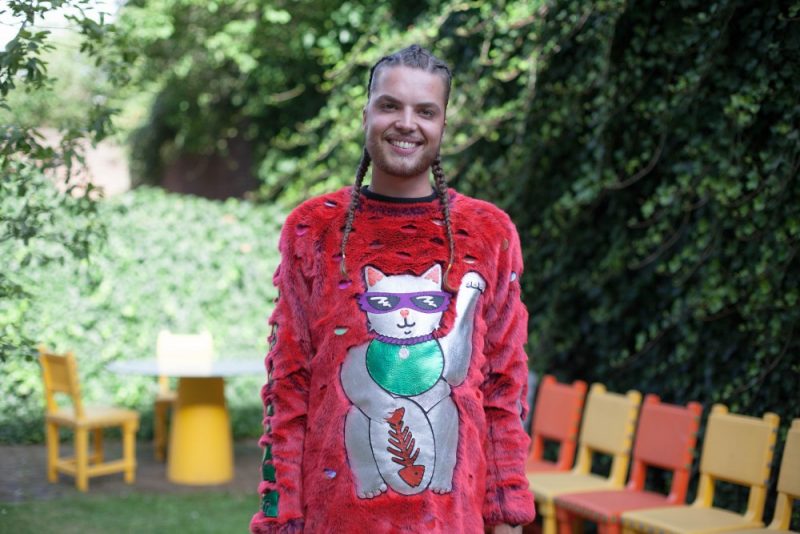 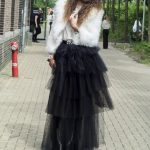 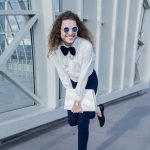