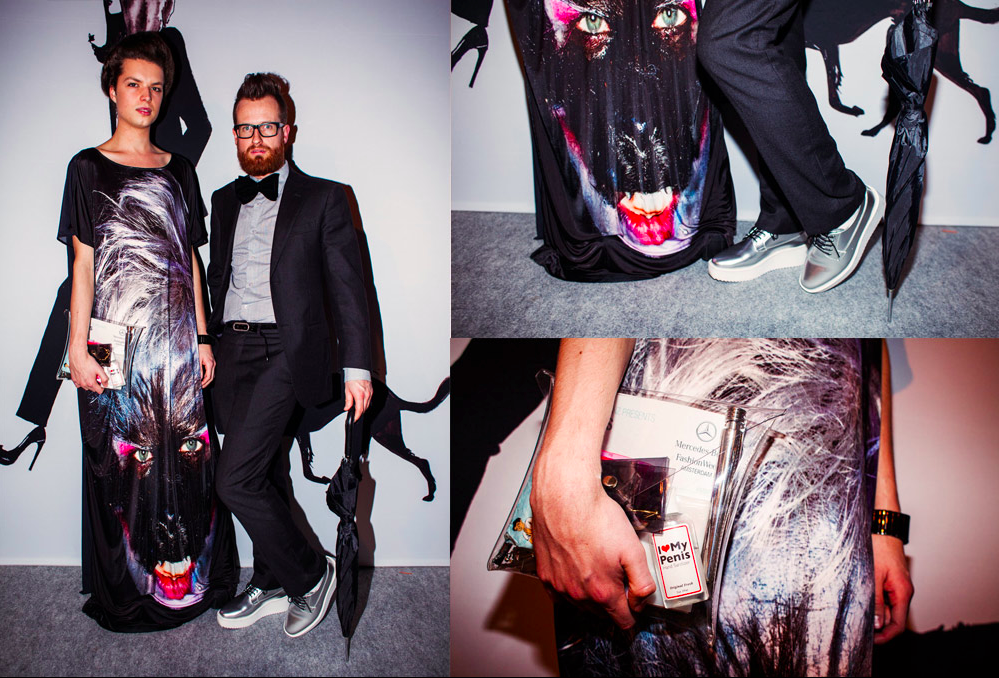 Picture by Tarona. I’m wearing Bas Kosters dress, pumps by Jeffrey Campbell and an transparent clutch which is vintage.

Amsterdam Fashion week… As a noted fashion lover it wouldn’t surprise you it’s one of my favorite weeks of the year. Who am I kidding, of course ti’s my favorite. I’m always a bit nervous at the first day of AFW. I hope everything lives up to my expectations: the shows, who will be there, what everybody will be wearing and of course… the weather… because bad weather means bye bye beautiful hairdo! So I became very nauseous when I stepped in the car when it was raining cats and dogs.  But, as usual, as soon as I arrived my stress-mode turned into fashion-mode.

I went to two shows, the one of Mattijs van Bergen and Aziz Bekkauoi. Especially I looked forward to Aziz’ show because he is such a rebel and very outspoken in his collections and personal style. His style is very unique and a huge inspiration for me.

So, Amsterdam Fashion Week started with the show called ‘Complementair’ of Mattijs. When I went to my seat I noticed beautiful trees standing on the runway in all these bright colors. That different aspect to what I normally see immediately attracted me. Dutch actrice Jolanda van Berg opened the show by singing an a cappella version of ‘Starry, starry night’ by Don McLean. It really made me calm and surrender myself to the bright colors of the backdrop and the colorful trees before me. After the song models came up the runway with somewhat romantic and bright colored clothes. It made me think of my grandmothers dress-up chest, in a good way. Although I’m not a big fan of Vincent van Gogh I did liked the use of him as an inspiration for Mattijs’ collection. Team Peter Stigter always make perfect pictures of the shows, so click here to see them. 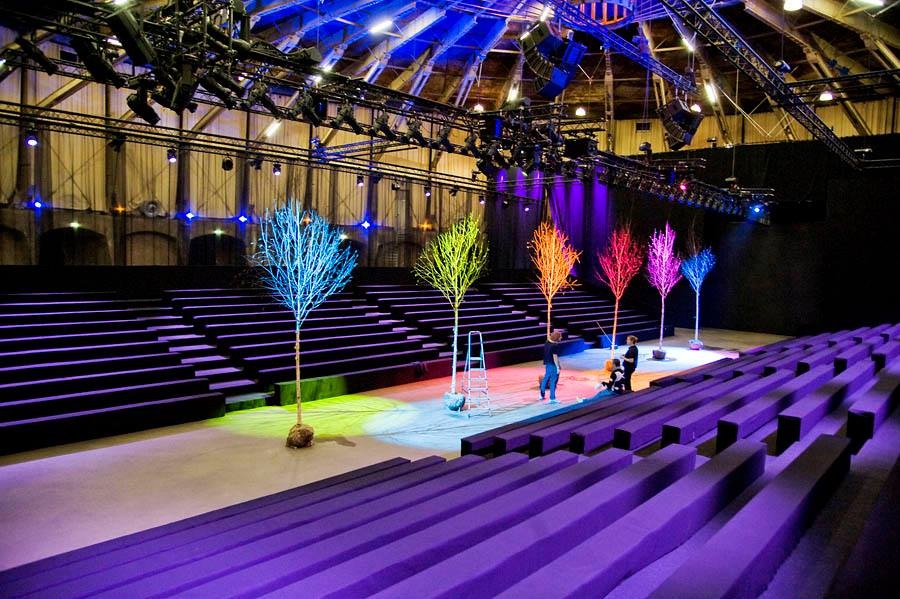 The show of Aziz was almost the opposite of Mattijs. Mattijs’ collection was very modest which made the contrast with the rebellious and outspoken Aziz even greater. Aziz also makes clothes for both sexes, which I prefer over just male or female. He must have had a really stressful couple of months because his show had so many pieces it never seemed to stop. It was amazing! Aziz is an Moroccan artist and he presented the last show of the day as a real out of this world spectacle. The show named ‘Images Rule’ and opened wiht a lot of models marching on a dark, scary song. The use of both men and women in the show was hard to see because the clothes weren’t that gender specific. I loved that! My personal belief is that nothing and especially your gender must decide what you wear. Aziz made that also very clear in my opinion. The clothes where dark and made of a mix of materials like leather, lace and fur. I really liked the enormous fur bags  (although I’m against fur since a couple of years), high collars, long gloves and the lace catsuits from top till toe. Well, there were actually to many pieces I liked. Truth be told: I’m a fan! See the pictures here. 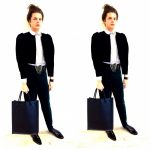