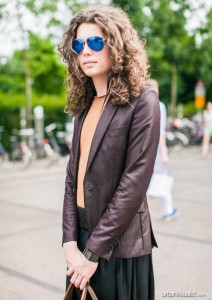 Wearing: Jacket by Topshop, glasses by Topshop and a Philippe Starck watch. Picture from Michel André 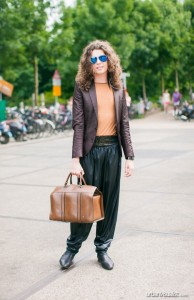 The last day of Amsterdam Fashion Week was a good one. I went to three shows! The first one was Allan Vos. His trips to Japan and the Middle East intertwined with the Western perspective on clothing where showed. I like the fact that he is not afraid to use somewhat feminine parts like gold pailet and beadwork in his clothes for men. The trans-parent pieces where really sexy! There where a lot of pieces is would buy. You can find the pictures of the show here.

The second show from Cold Method was also inspired by Japan and other parts off Asia. As told the collection is best described as a wardrobe for urban nomads with, in my own opinion, a sophisticated touch. The sophisticated look was combined with some sporty pieces. Pictures here.

The last show at Amsterdam Fashion week was Lichting. It took a while to actually start but when I started I forgot my abetment from before. The show featured a lot of recently graduated fashion designers. They are all so open and willingly to go and make it in this world. That last aspect gave each of their collections, consistent of five pieces, a different en fresh look. They all wanted it to show what they are capable of and that resulted in a lot of oustanding, striking and really good pieces. I especially loved the pieces from Loekie Mulder and Anbasja Blanken. At the end of the show the front row was able to vote for a winner of the G-STAR RAW price of 10.000 euro. The winner was Henriette Tilanus. Go and check the young designers, it’s worth your time!

I did an interview on day four which I will post later when it’s online. I hoped you did enjoy my fashionweek reports, I went to nine shows so I think I covered a lot of Fashion Week Amsterdam.

P.S. the earring that I’m wearing in the pictures is from my good friend Gioia Randolfi. You can buy the earring and more here. 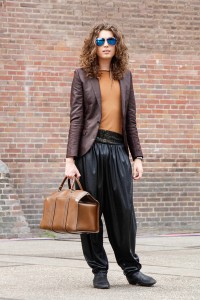 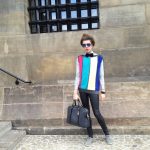